The history of the Southington Sons of Italy Club 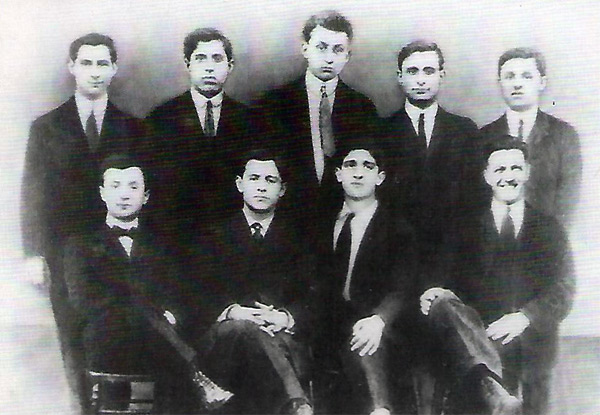 The club was organized socially on August 21, 1910 at 40 Liberty St. in of Southington and according to land records, purchased the present location in 1916.

According to the minutes of 1930 to present, the depression years drained resources and although money was tight, the club always managed to help that in need, donating to different charities and any member who needed help. They would hold many carnivals, card tournaments and variety shows to raise money. The club was always involved in sports by sponsoring teams.

The 1940s the SOI became a true community player. Many members were going into the service during the war years, but it survived. The club bought two war bonds — one for $1,000 and 3 months later another for $500.00.

In 1944, tragedy struck  Italy with the Volcano Mount Vesuvio exploding and causing many injuries and deaths. The Club set up meeting room to accept canned foods, clothes, and monies to send to the needy. Friends in Italy were pleased to hear from the Italian-Americans who would not forget them during their time of suffering.

In the 1950s numerous Sons of Italy members were also politicians and the club was always ready to help in their elections whenever needed. Included were the late Judge Joseph DePaolo, the most noted of our members at that time and the late State Representative Art Della Vecchia.  Members included Town Councilors Bob Carbone, Art Secondo, State Representatives Zeke Zalaski, Angelo Fusco and Tax Collector Jim Serafino,a long time member along with most of his family.

The Sons of Italy sponsored many youth sport leagues, donating monies to buy uniforms and keep the leagues operating, all in the name of good sportsmanship.

In 1986, the club leadership remodeled the bar and lounge, and many of the members were getting involved with its soccer team that won the State Championship.

Bocce was another sport that flourished in the 1980s with numerous Sons of Italy players winning championships throughout New England when they teamed up with traveling teams sponsored by Italian business owners.

The 1990s saw some changes within the organization as younger candidates began to join.

Now in the 21st century and the SOI can look back and marvel about the memories of the past 106 years.  Members today continue to ensure that the club attracts new members and keep its tradition alive.  The club continues to club parties, picnics, dances and charity holiday events.

The SOI helped to start the now popular Italian Festival in 2004 along with UNICO and the Chamber of Commerce.  The popular festival continues with more than 15,000 average attendances for the annual July event.

The organization continues to award five $750 scholarships every year to deserving Southington High seniors of Italian descent.  It continues to be a major sponsor of the Southington Community services during the holidays and the club annually donates to Southington charities.

One hundred presidents have assumed the responsibility of governing the leadership of the Sons of Italy.