The Southington Sons of Italy has elected its new officers Saturday and presented Robert Triano with its “Brotherhood Award.”

Tony Cusano, president of the Southington Sons of Italy, said that the Brotherhood Award is the highest honor a member can receive.

Robert Triano is the eighth club member to receive the Brotherhood Award.

“Over the years, Robert has served in an array of position throughout the club,” said Cusano. “He most recently served as Vice President and this year was elected to the Board of Directors. He has also been active in serving on several town commissions and is currently serves on the Southington Board of Police Commissioners. He is a true example of an excellent members, public servant and gentleman.”

Art Secondo, an auxiliary officer of the Southington Sons of Italy said that Saturday’s meeting had the highest amount of members for election night.

This year new additions to the Officer team are Jerry Triano as Vice President, Alex Torone as Treasurer and Dan Campagnano as Financial Secretary.

Cusano will be starting his sixth consecutive year as the club president, said he is looking forward to working will all the newly elected leaders.

The Sons of Italy Club was founded by nine Italian immigrants and organized socially on August 21, 1910 at 40 Liberty St. in Southington and according to land records, purchased the present location 139 Center St. in 1916.

The Sons of Italy helped start the now popular Southington Italian American Festival in 2004 along with UNICO and the Chamber of Commerce.  The popular festival continues with more than 20,000 average attendances for the annual July event.

The organization continues to award seven scholarships every year to deserving Southington High school seniors of Italian descent seeking higher education of their choice and donates annually to Southington charities. 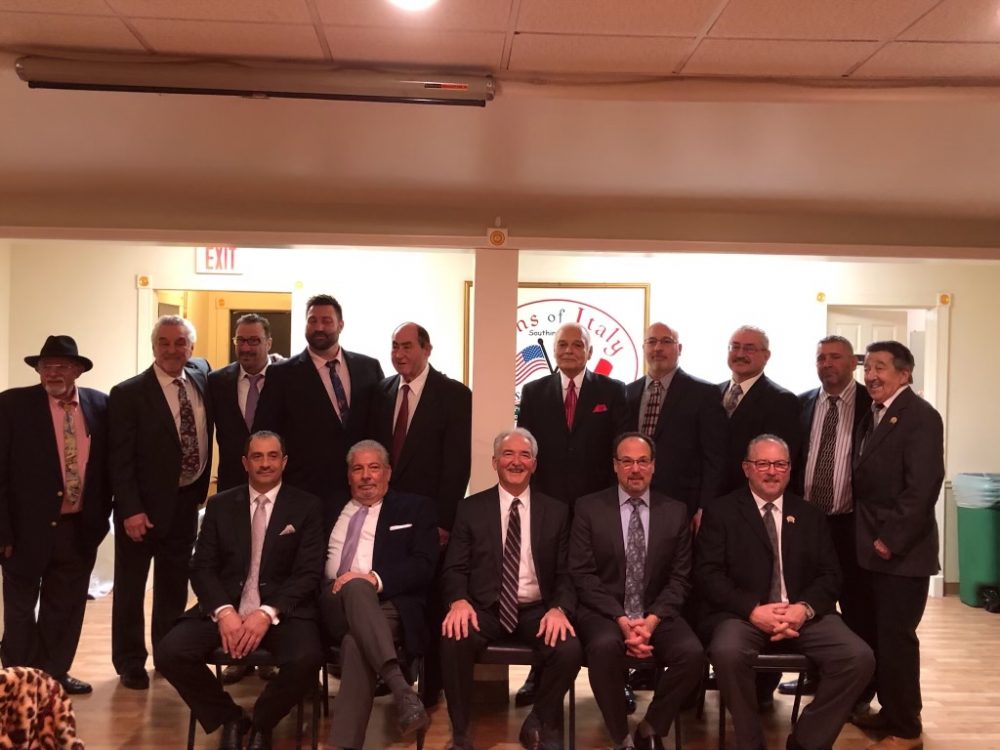